A lot has happened in the last several months. Mary and I decided to sell our house on the east side of Gaylord back in March. We began to investigate places to live. Turns out that’s when the country was coming to grips with the lack of housing issues. However, we decided to do something radical.

We decided to buy a 5th wheel, and live in it. So, at the end of June we paid off all of our debts, and ended up with new truck (to pull the fifth wheel) and a 5th wheel camper. Other than a major issue with the construction of the camper (see Mary’s Blog here), most of the rest have been minor, or just us “learning the ropes.” This all has caused things to fly by.

So currently we places to live into November. This stresses me a bit, since the reason I got out of contract meteorology work 25 years ago was not always knowing where my next pay check was coming from. Not knowing where we are going to live is a bit of a stressor. However, the fun of living outdoors (I choose not to call it camping) has been great.

Issue that needs to be resolved…a reliable internet connection. Back when we owned a house, Spectrum was an okay ISP, and we had great speeds. Enough speed online that Mary and I could livestream at the same time, with no issues. Well, since we are relying on a 4G hotspot in the camper, We have slower speeds, and we have data caps. Currently, we have 100 GB of data per month. So we make sure that we are only using it for our computers (when I have mine operating), or the AppleTV 4K box that we have used the last 3 years while living in the house on Clearview Lane. There are some other problems with the hot spot box as well, but I’m not going into that. Maybe in a future post.

All that to say, that I’m working on getting back to livestreaming my Coffee and a Weather Map with Jeff series. I’m also planning on working on a vlog, too. I’m going to try and do it easy. A little filming each day, and then getting more done with it as time goes on. I really want to do this, since, we are trying to make a travel channel. I really enjoy what we are doing, even though there is a lot to learn. 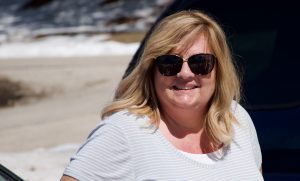 It was a long time coming. When I got my D5500 (Nikon) camera, I had all sorts of format options for shooting. Unsure of what to do, I went with the hi-res JPEG option that you find in a lot of websites.

However, as time went on, I realized that with the raw files(usually very large) you can edit the photos. I don’t mean like Photoshop, where you can add things that are there, but like Lightroom (also an Adobe product) which to me, hearkens back to my black and white film days, when Dad taught me how to shoot and develop my own pictures. Now with the modern advances, I can take the raw files and tweak them to look their best.So first, I shot dual, JPEG and .NEF (Nikon’s raw format) but after figuring out that I was editing my photos and then sending them and posting them, and not using the JPEGs, I decide to shoot only the raw files.

One of the other things that helped this decision was when I got my GNARBOX, it allowed me to edit the photos (and videos) from the camera with my iPad or iPhone. So I can do a bit of quick turn around with my pictures and video. Also, I found that the iOS version of Lightroom is free and allows me to for with them on my iPhone. So, now, I shoot raw. 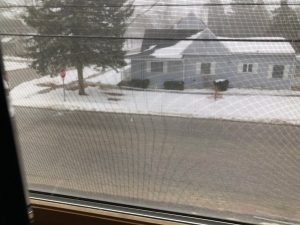 Not sure that this will be a daily thing, but at least a weekly thing as I try to figure out my voice within a writing space.
I’m sure that most of the writings will fill a vast set of subjects. I’m planning, over the next month, of putting more on my Northern Michigan Rec Weather site, as the weather warrants. So the weather will mainly be there, and written in plain language form.
Here may be a mish-mash of religious and political opinion pieces. We’ll see, with all the opinion stuff out there, I’m not I want to venture back out there.
Most of all, I do want to write some short stories and keep my mind active as I convalesce. The short stories will be for my working on short film projects that are not documentary type films. I may do some weather docs, over the next few weeks as I gain the strength, and I grow bored with sitting at home.
I may try to document my recovery process. We’ll see about that too.

I looked back over my blogging and realized that I posted once here last year. I’m hoping to start back, although in a bit of new way. In this case, as some know, I’ve become interested in film making. So to learn how to perfect this art form, I have been working on the various aspects. In this case, I have been posting videos on YouTube and Vimeo.

So to help with the blogging, I’m going to post them here. If I do the color commutes or weather videos, that will go on my weather blog. Here are two recent vacation videos from Mary and me.

The first is our September vacation during our anniversary week in Myrtle Beach, SC.

The second is when we visited Kaleb and his girl friend Kaitlin in New England.

There was a formula that called back to the originals (4,5,6), especially 4, “A New Hope.” However, that was the only thing I saw that some may quibble about. However, no matter what you see that is a call back to the old movies, there is more, and it leads you down a trail, guessing what happens next. With all the speculation from the teasers and trailers, I was wondering when something would happen and when it would appear.

There is a shocker. I don’t want to spoil that.

If you are a big Star Wars nerd like my wife and I, then you will love this story.

As the technology of various fields has improved, eventually, the tools come down in price and up in quality. This has especially been true of the video/film field. I’ve always wanted to film things. I loved having my various still cameras over the years. I’ve always wanted a good digital stills camera, that could take really good video. Well, the time has come. I’m still a little short for the time being of funds for what I want, but in the meantime, other things, less expensive options have appeared.

2. My wife’s (well its become mine now) Canon Power Shot

Both shoot great 1080p video, although the audio suffers a bit. One thing I have found is an app that lets me shoot time lapse video. However, it is a pain to stand there with the phone in hand trying to hold still.So tool number 1. My adjustable Glif (pictured above left). It allows me to put the phone in to the little clamp on one end, so that I can put it on a tripod (which I have a couple) so that I don’t have to hold it anymore. The other end works as a nice stand so I can watch stuff on it.

Tool number 2 is my Zoom H1 Audio recorder (pictured to the right on top of the handle looking thing). In the future I would like to get the H5 with all of its options, but for me to get started and not learn anything I decided that this would fill the gap. Also the little lav mic that I picked up for my smartphone works with an adapter with this recorder. So my audio quality is now going up!

Tool number 3 is the handle looking thing. I needed a way to put this all on one rig so that I can record the audio and video at once. It reminds me of a similar handle rig that my dad used with his camera and flash unit when working as a freelance reporter, when I was a kid.

So between the Power Shot and the phone, can do some basic video and audio recording. The next investment is a better computer so that I can edit the video and audio clips together without so much jerky motion or freezing (That happened tonight.). So my wish list grows a bit more.

So what am I doing? Well, I have about 15 years left in the NWS, so I figured that I might as well take a hobby that I really like and see if I can eventually convert it into a second career. So I have been trying to learn all that I can on how to shoot, light, record, and edit properly so that can create artistic pieces of film. I’m liking some documentary for now. We’ll see what God has in store.