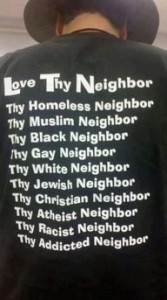 I was driving around recently, as I was looking for some shots of Boyne City, and was listening to the podcast from Word of Life Church in St. Joseph, MO. They have been doing a series on some of the prophets in the Old Testament. Which got me to thinking about a few of them, when I felt like we were being given the sign of Jonah (Matt 12:38-42, and Luke 11:29-32), when Jesus was talking to the pharisees. It felt like we are missing the point on the sign of Jonah, if you stop reading a verse too short.

A lot of people stop at the verse that says (from Matt 12:38-42, The Message), “Like Jonah, three days and nights in the fish’s belly, the Son of Man will be gone three days and nights in a deep grave.” And while this is true, there is more to this section, like the next verse: “On Judgment Day, the Ninevites will stand up and give evidence that will condemn this generation, because when Jonah preached to them they changed their lives. A far greater preacher than Jonah is here, and you squabble about ‘proofs.'” Other translations are very similar with the next verse in Matthew about the Ninevites condemning this generation. I think as Stephen Grabill says in a recent Seedbed video, that the church is struggling with not being the dominate force in the culture. So we have become like Jonah. The church currently comes across as loveless, like Jonah, and would rather see our “enemies” destroyed, than repent and be saved.

So many times in my Facebook feed, I see angry Christians with their conservative bent, sharing articles that seem more like they would prefer their enemies smited, than loved in to the kingdom. If you look at Jesus who says, “take up your cross and follow me,” but little do we realize, that if we follow him, we may have to die, literally, to do his will. This may mean to challenge the status quo. However, the church isn’t into challenging it, but rather would put out anyone that doesn’t hold together with the health and wealth gospel (notice that is with a little g) afraid someone is coming for them, when they rarely step out and look at the systemic sins of our society. You know the systemic sins of society, slavery, lack of justice, or when there is justice, lack of mercy. Fear of the foreigner, etc.

I also have liberal friends that would rather that the conservatives be smited, than loved into the kingdom as well. So many times the P.C. bullies talking about microaggressions, while they use just as hurtful and words and tactics on conservatives.

Part of the problem is they all listen and put their faith into the fear mongering stations of the cable news system (and I mean all of them, from MSNBC to Fox News) which constantly spout half true, superficial stories meant to make you cower under your blanket with your guns, if you are conservative, or your drug du jour to numb you if you are liberal. They say they are there to inform you, but they are all accountable to large corporations, bent on making money and if they threaten to pull their money, then stories are whitewashed.

But what do I know…

My thoughts on Climategate

I was going to write something longer, but the video from Canadian Broadcasting Company sums up my ideas. My position has always been that the science, based on model predictions is not complete and that the physics incorporated in the models while always getting better will not emulate the world perfectly. There has been some evidence of some warming, but I have always had my doubts about the man-made parts. Not that we don’t contribute, but I don’t think to the extent that they have been alarming. I also think that don’t practice good stewardship, and when God said to subdue the land, He didn’t mean rape it, which we have, but that’s another post.

Fair Use What Does It Entail?

Earlier tonight, my wife began posting some videos of our daughter in a school play. In fact, I wanted to create a post of the play list to show here as well. However, someone from the school saw them and asked her if she would take them down so the school doesn’t get into trouble with the Rogers and Hammerstein Organization who licenses the performances. My wife had gone to bed, and since they were on her Facebook account, I couldn’t take them down. However, I thought this would fall under fair use for what we had done? Don’t get me wrong, the school is afraid of being sued and I don’t want to impinge on somebody’s copyright, but can’t I take the excerpts of my daughter and put them somewhere so that my parents can see them (In fact, all I shot were the scenes that she was in, and pretty much only her.)?

I did some digging and Center for Social Media has put together a Code of Best Practices for fair use. The one I think that fits this situation is this:

4.Reproducing, reposting or quoting in order to memorialize, preserve, or rescue an experience, an event, or a cultural phenomenon

Isn’t that what any parent would be doing if their child were in a play and you are just trying to get their scenes? Is this appropriate for fair use? I need some help with this. Anyone have an answer?

As a Christian, I Dread This Time of Year

Okay, maybe dread is a little strong, but the way we celebrate Christmas in the U. S. to me is just wrong. What I mean is this, the church fights about the wrong stuff with this “War on Christmas,” stuff, instead of the problem that is more insidious. Consumerism.

Henry Neufeld, a United Methodist blogger, makes the point that I have been feeling for a long time.

While we’re worried about losing the external trappings of Christmas, such as public trees and manger displays, the real war on Christmas is practically won already. Christmas has almost nothing at all to do with Jesus. This has been my opinion for many years. Christmas as celebrated in America, even in most of our churches, is about us and our economic prosperity, not about Jesus and his good news.

This is something that needs to be taken out of the church. It is hard to extract, but I think that if we extract this consumeristic view of Christmas, we may just get a revival in this land. I think that some of this is happening. It will be a slow process.

The Real War on Christmas « Threads from Henry’s Web.